Humans are funny. Being able to think about our existence and reflect on our choices, we believe we're in control of ourselves. But are we?

In the book "The Molecule of More," authors Daniel Z. Lieberman, MD, and Michael E. Long write, "Dopamine is the chemical of desire that always asks for more - more stuff, more stimulation, and more surprises. In pursuit of these things, it is undeterred by emotion, fear, or morality. It is why we seek and succeed; it is why we discover and prosper. Yet, at the same time, it's why we gamble and squander."

The creators of the digital realm understand dopamine better than most psychologists do. They have developed highly-sophisticated mechanisms for making you feel rewarded enough to continue scrolling or playing but not so satisfied that you feel complete and stop. The 'attention economy' rewards apps, games, and platforms for how long and how often they can capture your attention.

What does this have to do with kids and technology?

Human beings don't reach full brain development around their mid-20s. The last part of the brain to mature is the prefrontal cortex. That's the part of the brain which can do complex future planning and conscious risk assessment and help control impulses.

There is a biological advantage to not having the limiting influence of executive function in childhood. Maximizing human potential comes from having new experiences, exploring, and experimenting with everything. Humans take care of their offspring much longer than other animals, partly to allow time for this. The evolutionary expectation seems to be: "The adults will keep you safe while you explore and add new ideas and fresh perspectives to the human body of knowledge."

Dopamine is the brain recognizing something as interesting. So if it triggers dopamine, kids gravitate toward it. Sweet, salty, fatty foods. Cute things and textured things. Bright colors and bold visuals. Anything with slightly unpredictable responses. Anything new and exciting.

Parents generally understand how to help kids figure things out in the physical realm. You move them out of harm's way when they're little: away from the hot stove, behind the gated stairwell, out of reach of poisons. As they get older, kids begin to understand boundaries you set with words: don't talk to strangers, eat your vegetables, don't hit your sister.

Parents also understand the issues with 'supernormal stimulus' in the physical world. You may not know that term, but you'll recognize it by description: anything that triggers a greater response than the stimulus the brain evolved to anticipate.

For example, in the wild, sweet foods light up the brain because they have a lot of calories and energy, which is good for survival. Wild berries? Fruit? Ding, ding, ding! Jackpot. A cup of strawberries has about 7 grams of sugar. A cup of Coca-Cola has 26 grams. Soda is a supernormal stimulus. Candy, chips, fast food, and most modern processed foods are specifically designed to trigger a greater than natural reaction using excess sugar, fat, and salt.

As adults, we know that just because we like a particular food doesn't make it a healthy choice. We consider the nutritional value of foods, and we try to guide our children toward a reasonably balanced diet. Eat some real fruit, kid. Not just Froot Loops.

In the digital realm, parents often expect that because the devices are so simple to use, their kids can use them independently, and it's fine. They can tap around on a screen and make it do stuff, keeping them occupied. The kid is home on the couch or in their room; they're not going to break an arm. The device is smooth and rectangular, and motionless. It feels safe to both parents and kids. But the digital world contains supernormal stimuli greater than anything in the physical world — the attention economy requires it.

Everything is faster, brighter, and easier than in the real world. The device never says no or "I'm busy." When you tap on the screen, it will do *something*, and it'll probably be fun. The infinite novelty of discovery heightens the dopamine response. New! Shiny! Exciting!

Here's the problem with supernormal stimuli, particularly when it comes to kids: they don't yet have enough experience in the physical world and how they respond to it. They don't yet know who they are and what they love. A device constantly driving their interests and behavior can interfere with that discovery. They can become legitimately addicted to it and experience withdrawal when not using it.

Do you recognize any of these for yourself or your child? Does your child have meltdowns when device use is taken away or restricted? Can they put it down on their own? Do they sneak use of the device, even when they get in trouble for it? If you don't see your own child in this state yet, good for you! Join any parent group, though, and you'll hear plenty of it.

Dr. Anna Lembke also talks about this vicious cycle: The brain produces a quick dopamine response to the addictive stimulus. Then, it uses balancing chemicals to return to normal, what Dr. Lembke calls "pain gremlins." The brain reduces its dopamine production. It then takes even greater use to produce the same amount of dopamine. The brain continues to counterbalance with "pain gremlins." The addict believes that the only way to alleviate the anxiety, depression, and discomfort of withdrawal is to use again.

Unfortunately, the only real way to alleviate the distress is to regain normal dopamine responses by eliminating or controlling the use of the addictive stimulus.

In the modern world, technology is omnipresent. It is a cornerstone of nearly everything we do now. From communication to entertainment, everything is touched by it. Even schools rely on technology to deliver lessons and instruction. So is it hopeless? Are all our children doomed to be addicted to technology, unable to find sources of happiness in the real world?

These four C's will help to avoid addiction:

Prioritize your connection with your child as much as you can. The average parent makes eye contact with their smartphone thousands of times each day and maybe once or twice with their child. Children equate attention with love. Many therapists who work with children report that nearly all of them say, "My parents love their phone more than me."

With your phone, aim to give your child more visibility of what you are doing in their presence. Don't just disappear into it. Narrate what you are doing. For example, "Oh! That sound means Nana texted me. I'm going to check what she said because we're trying to figure out when to get together on Sunday." If Nana sent a cute cat video and you click on that, say so. If you see a notification on another app and can't resist checking it, say so.

It's an effective way to become more mindful of your own phone use and let your child feel like you are still with them. It also sets a family precedent of being transparent about technology use which will serve you well when they use theirs.

From the beginning of a child's technology use, guide them toward making intentional choices.

Before using a device with highly-stimulating entertainment and consumption apps, agree to a plan for that session. Ask what they plan to do on it, what time they will finish, and what they will be doing after. Avoid letting them pick up a device because they are bored, without a plan.

In the absence of intention, addictive design wins. Get them to choose and plan before they even look at the screen, and check in to make sure they're sticking to it.

You can also choose a device like Pinwheel, which allows for more independent use. It's similar to when you put them in a playpen when they were small, so you could take your eye off them for a moment. Pinwheel is designed to allow you to configure what is available on the phone and when. You can set it up remotely (from your own phone, tablet, or computer) so that whatever is on the phone at a particular time of day is an acceptable choice at that time. Don't want them to text with friends after 9pm? Done. OK if they use DuoLingo to practice Spanish, but only between school and dinnertime? Not a problem.

The Pinwheel App Boutique is curated to avoid the most addictive and problematic apps. It also gives you information about factors in apps that may lead to problems, so you can choose what is best for your child.

One of the best safeguards against children developing an addiction or "problematic device use" is parental involvement and transparency.

Just like you ask how school was when you see them after, ask about their device use when they're finished. Pause what you're doing, and let them share what they're excited about.

You may have to dig deep to be interested in Minecraft or the nuances of whatever they're into, but it is worth the effort.

Even if you protect your home network with router controls and give your child a parent-managed Pinwheel phone, that isn't enough to avoid all problems. Digital natives can sidestep most technology boundaries if they want to, using other people's devices or getting their own secret device.

If they don't understand your thought process or don't feel as though they are being considered in the boundaries, they are less likely to abide by them.

Collaborating with them instead of commanding them gives you a much greater chance of cooperation. The book "Raising Human Beings" by Dr. Ross Greene provides a practical framework for this approach.

Pinwheel was created out of a deep love for both technology and children. We envision a world where people deeply understand the power of technology and intentionally leverage it to realize their full potential and build a better society. Instilling healthy use habits in childhood and avoiding childhood tech addiction is important to that vision being realized. 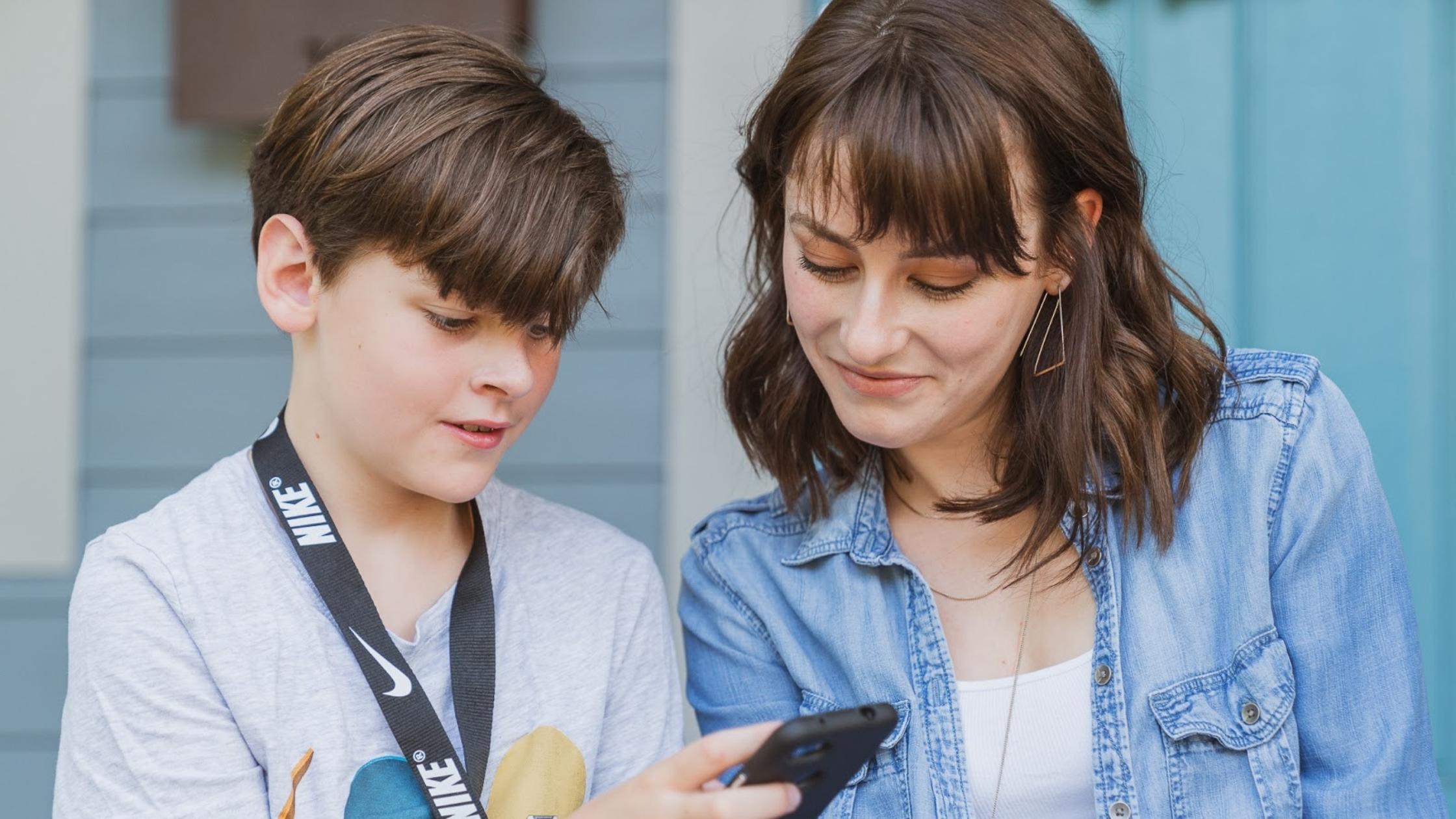 Searching for a Tech Solution: A Mother’s Experience

By trusted Pinwheel GuestJulie T., a Pinwheel Parent from CO.

Jackson, 8-years-old at the time, hopped into my minivan, and before I could pull out of the school parking... 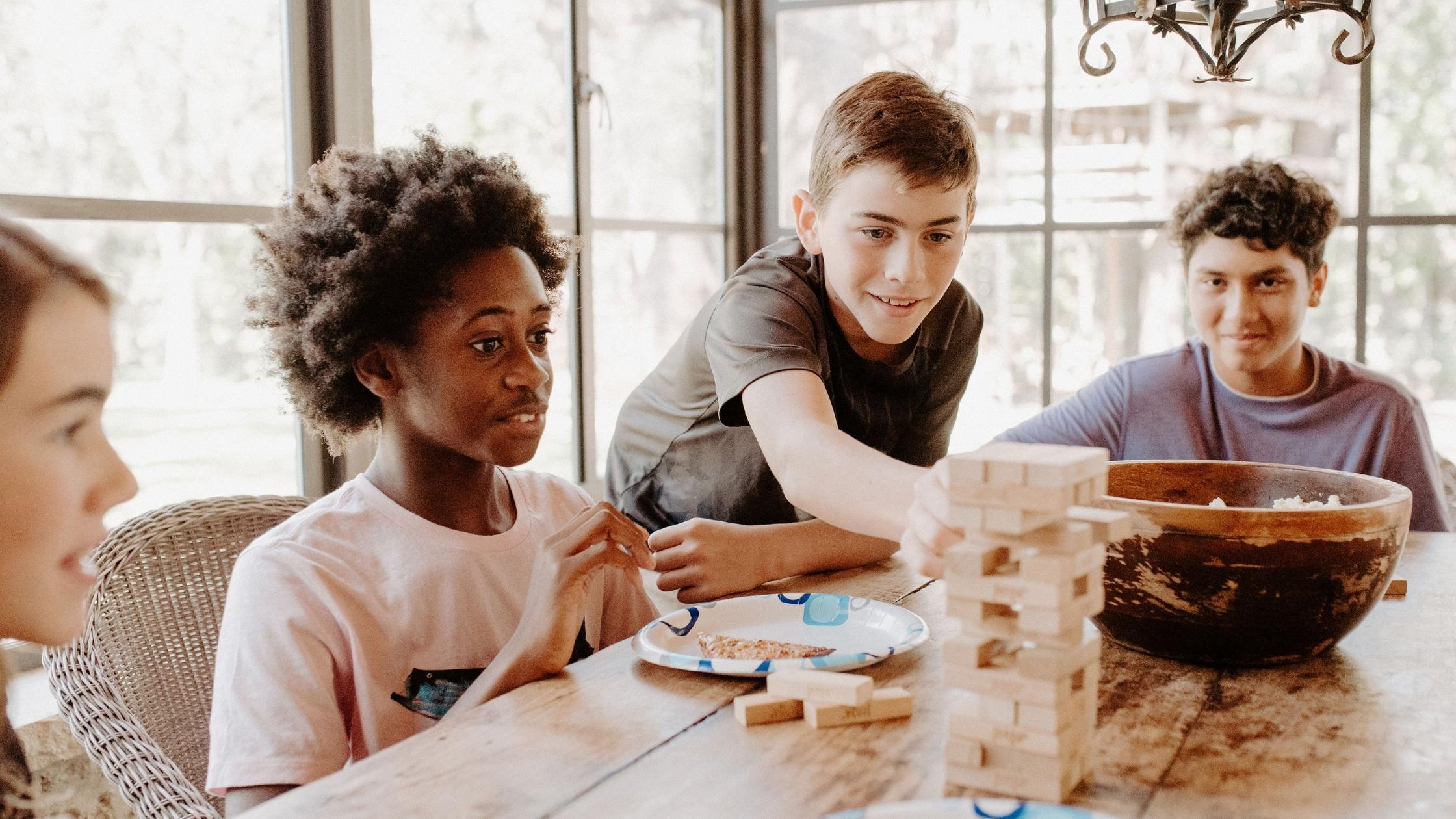 The ABC's of Digital Mastery

Digital mastery means more than being able to tap around on a screen and make a device respond. Digital mastery is the skillset required to achieve Pinwheel's vision....